My most excellent overheard experience was at a ski lift. This was 13 years ago, and I was trying to learn how to snowboard. I took one class, tried different things on the slopes, and fell a ton, but also paid attention to the conversations people had on the lift. They would talk about what went right and what went wrong, and I would try to learn from what they said.

In one of these conversations, someone asked his friend how he avoids making mistakes and falling. The friend said: “oh, I do make tons of mistakes, I just correct them before I fall”

He explained that much of what he does with snowboarding is a function of a misstep he took a second prior, which now needs correcting. Wherever he is going with the board was often heavily influenced by an error he previously made.

This is also a version of the famous Antonio Machado verse, which my father is a big fan of quoting in all possible situations: “caminante, no hay camino, se hace camino al andar” (“walker, there is no path, the path is made by walking”)

This is also a version of this cool Tim Urban (waitbywhy author) graph: 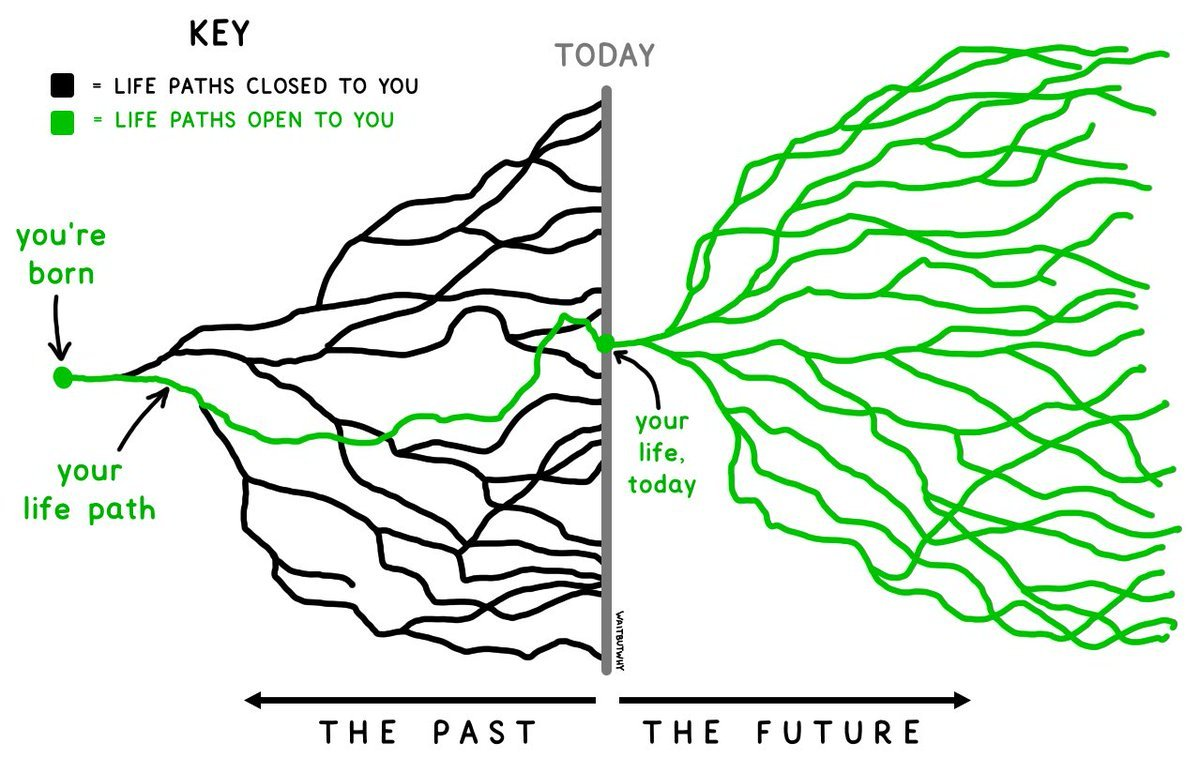 All of these point to one insight: there is no right path and there is no point in looking back; there is only course correction.